Since the invasion of Ukraine that has killed thousands – including innocent women and children – displaced more than a million and forced many more into overnight destitution, crypto is playing a role on both sides of the war.

Coinfirm takes a look at some of the entities, their related activity and addresses.

The Ukrainian government has been asking for donations in crypto on multiple chains and to date has received more than USD 15.4 million (01/03/2022).

The average donation made in Bitcoin and Ethereum was USD 995 and USD 799, with the largest being USD 1.12 million and USD 1.94 million, respectively. Funds are quickly being spent by the Ukrainian government in the war and humanitarian effort as fighting intensifies.

The global crypto community is donating various forms of tokens to the Ukrainian government, as seen in the breakdown below.

The second most funded entity by crypto donations after the government itself so far has been the Come Back Alive Foundation, an NGO helping the Ukrainian military, volunteers and their families. The NGO began in 2014 and has since collected USD 8.52 million in BTC (01/03/2022). The Ukrainian army – and indeed the entire population – have put up admirably fierce resistance to the Russian invasion.

The war is being fought on multiple fronts. This includes the cybersphere where hackers are battling it out. Ukrainian government websites have been repeatedly attacked days before the initial offensive and continue to this day.

Donations are being taken in by the Ukrainian Cyber Alliance, to raise funds for an army of cyber warriors, with the group taking in USD 77,749 in BTC, ETH and LTC coins and tokens. This group has been one of the longest active out of the entities utilising the blockchain-based financial system, with the Alliance’s LTC address collecting crypto since early 2020.

The Alliance seems to be making headway. On Tuesday 1st of March, 120,000 Russian soldiers’ personal identities were published.

On Monday, 28 February, the mostly Russian Ransomware-as-a-Service (RaaS) gang Conti’s private communications were leaked by a Ukrainian member of the gang.

These tactics have been employed on the Ukrainian population since the 2014 Crimea annexation and became more focused as tensions have built to the subsequent war.

For those not looking to fund physical and cyber violence there are also NGOs hard at work providing shelter, food and medicine during sub-zero temperatures. The most prominent of which is Unchain Ukraine, raising USD 198,000 in a few days with the average donation running to USD 571. Unchain Ukraine is supported by prominent crypto names such as CELO, Solana, Polygon and yearn.finance.

The war has so far led to more than 700,000 refugees crossing Ukraine’s western border. The majority have headed to Poland, a nation that has given shelter to many Ukrainian nationals since the Crimean annexation and eastern border civil war erupted in 2014. Another strictly non-militant NGO, the Polish Humanitarian Action (PAH), has started the Crypto for Ukraine campaign.

However, a number of frauds have taken advantage by soliciting crypto donations to play on the heartstrings of those watching the horrendous scenes unfold. This is not dissimilar to what was seen during the height of the COVID-19 pandemic.

Scams include websites such as Ukraine-fund[.]org, social media accounts using YouTube and Twitter to even a fake ICO – the tokenukraine[.]com, urging users to buy ‘UkraineToken’. As ever in crypto DYOR.

Russian Citizens Turn to Bitcoin to Save Their Purchasing Power

Not even the Russian government’s propaganda machine however can convince the majority of the populace at home that all is well when the value of the country’s fiat currency lost ~30% on Monday.

Nor have only Russian citizens at home been affected. On Thursday, February 24, the UK’s Foreign Office included the stipulation within the sanctions package that no Russian citizen is able to have deposits of more than GBP 50,000 (USD 66,600) at British banks.

The run on the banks in Russia began on the weekend, shortly after the news got past the Kremlin’s firewall that Western nations had accepted the cutting off of SWIFT to key Russian financial institutions, including that of the Central Bank of Russia itself.

And it quickly became apparent where a significant portion of Russian citizen’s funds had headed – with the volume of RUB/BTC jumping, alongside the price of BTC. However, those that did manage to withdraw cash from the ATMs in Russia and looked to swap for BTC met with another surprise: Bitcoin is trading over 25% on OTC local markets compared to the global spot price.

In the minds of many Russians may have been the 21 February statement of the deputy of the Duma – Russia’s parliament (many members of which have been themselves sanctioned by various nations) – that the government would seize up to RUB 60 trillion (USD 543 billion as of 01/03/2022) if sanctions bit.

“If all funds that are abroad are blocked, then the government will have no other choice but to seize all the deposits of the population – there are about 60 trillion rubles – in order to get out of the situation” – Nikolai Arefiev, State Duma deputy from the Communist Party of the Russian Federation

Will the Russian State Turn to Crypto to Evade Sanctions?

In addition, it has been a concern of the EU and US that the Russian government itself may turn to Bitcoin and other crypto-assets to evade sanctions.

Although this yet remains to be seen, Coinfirm’s analysis last year on OFAC and other sanctions lists’ blockchain addresses found that approximately 1 billion USD of sanctioned funds being laundered without the knowledge of regulators; with up to USD 126 million being laundered through 35 major blockchain services.

Is the Russian state already aiding in crypto crime? According to many Russian cybercriminals and darknet researchers, there is the opinion that the Russian-only language Hydra darknet market’s operators – the DNM with 75% of global sales – are under the protection of the Russian intelligence services. Although many bills of legislation have been introduced in Russia specifically regarding criminal penalties related to crypto crime, none were signed into law by Vladimir Putin. 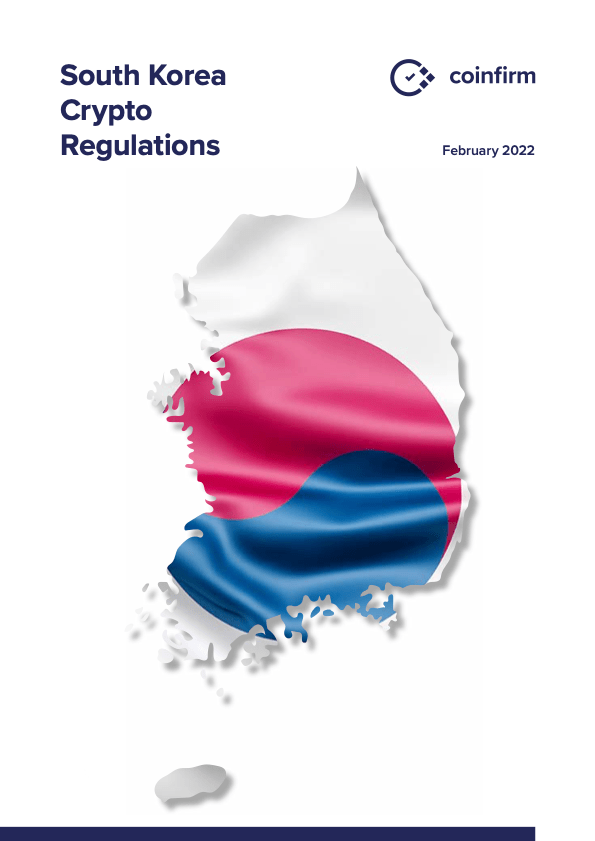